Move to view all floorplans 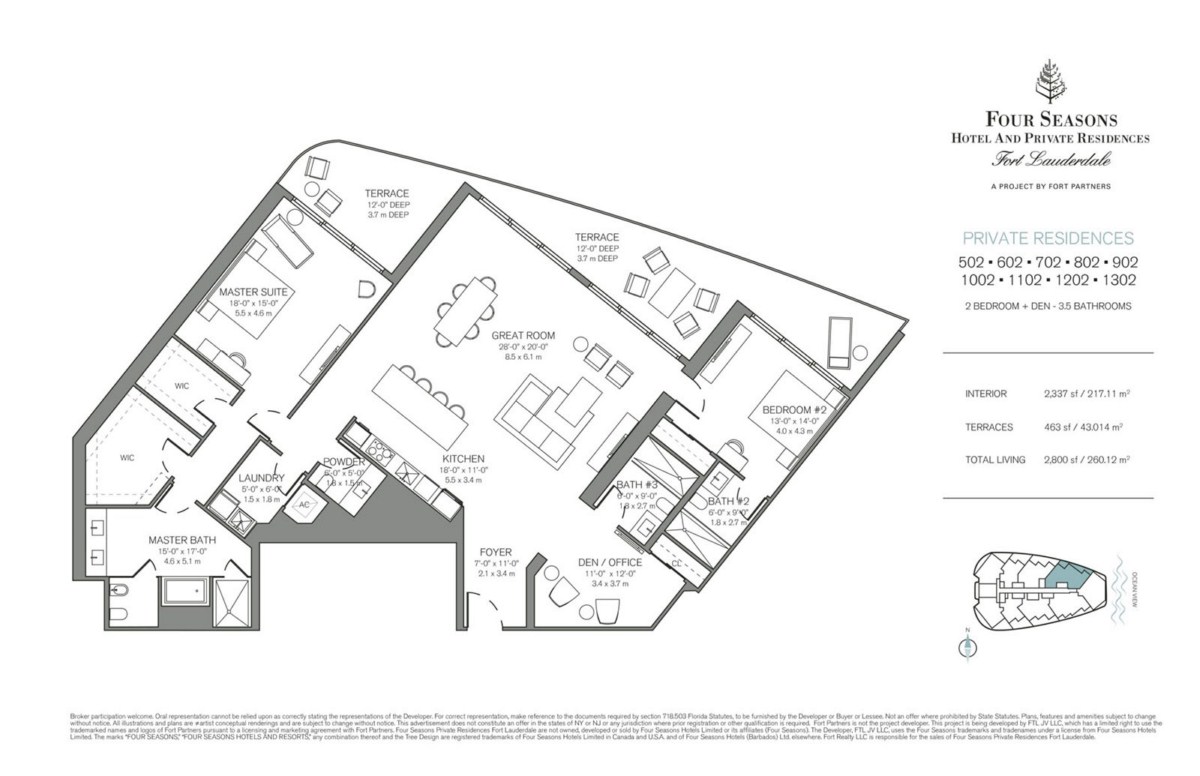 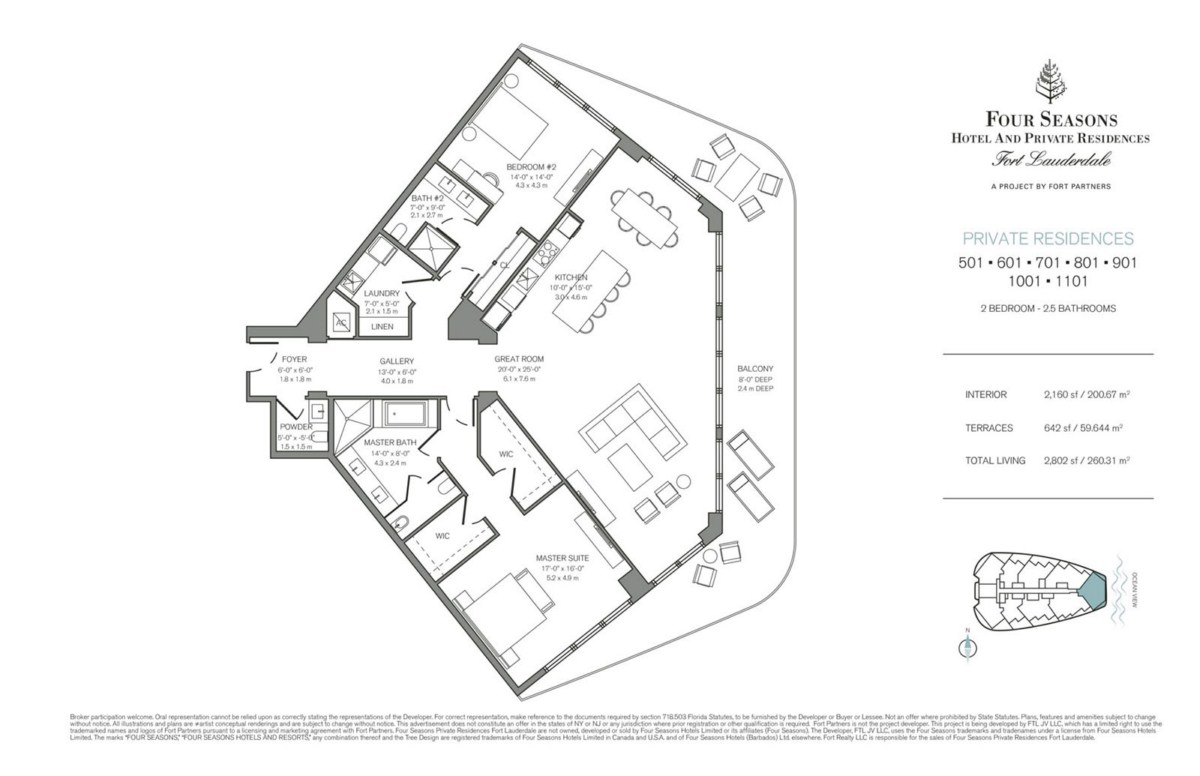 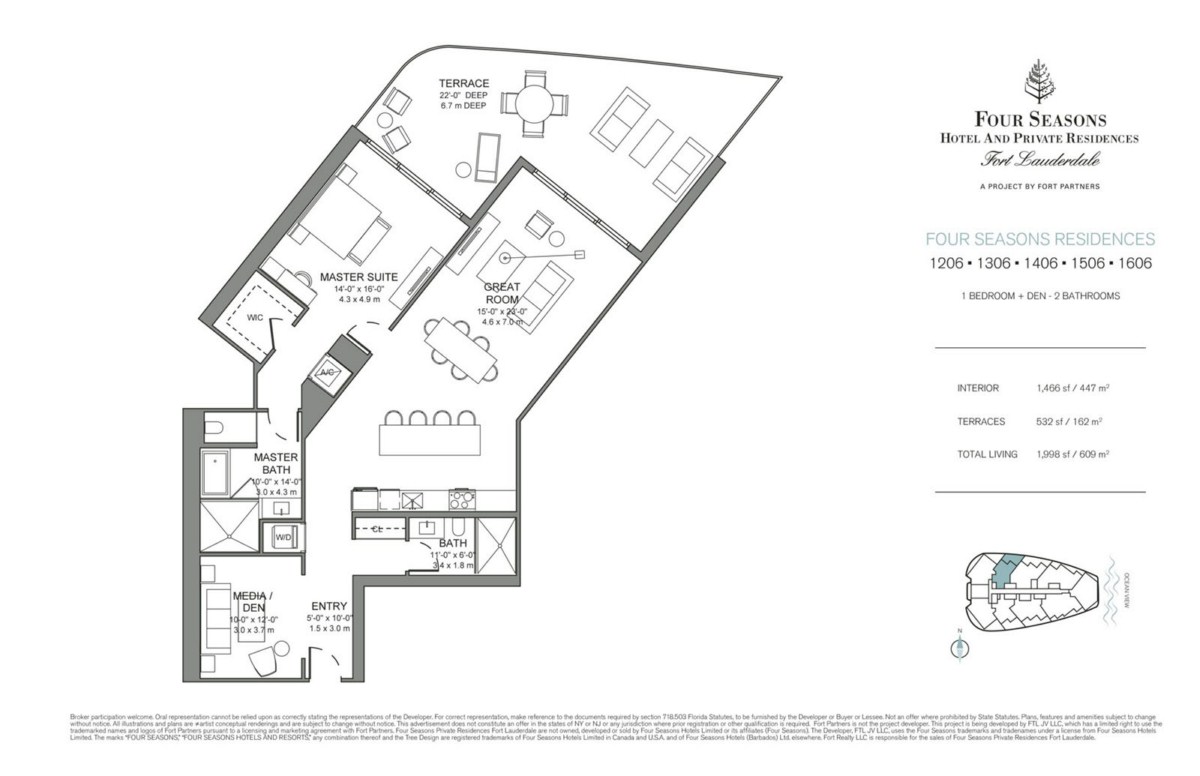 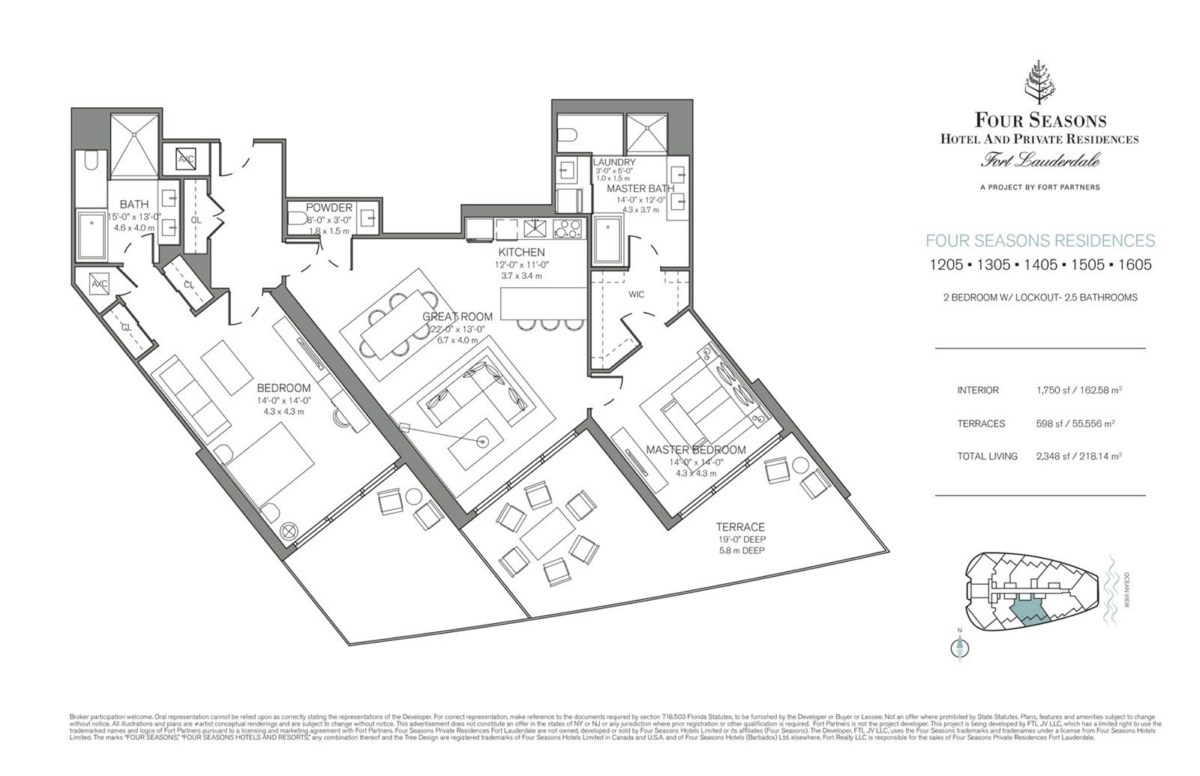 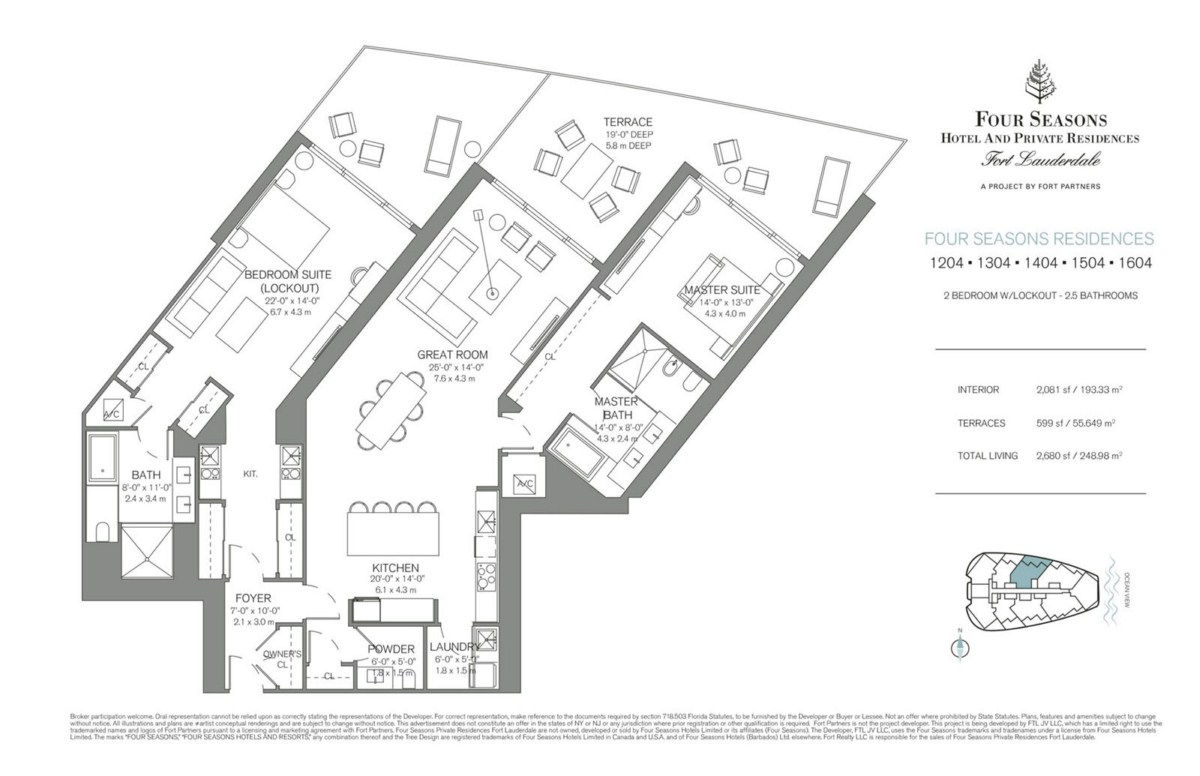 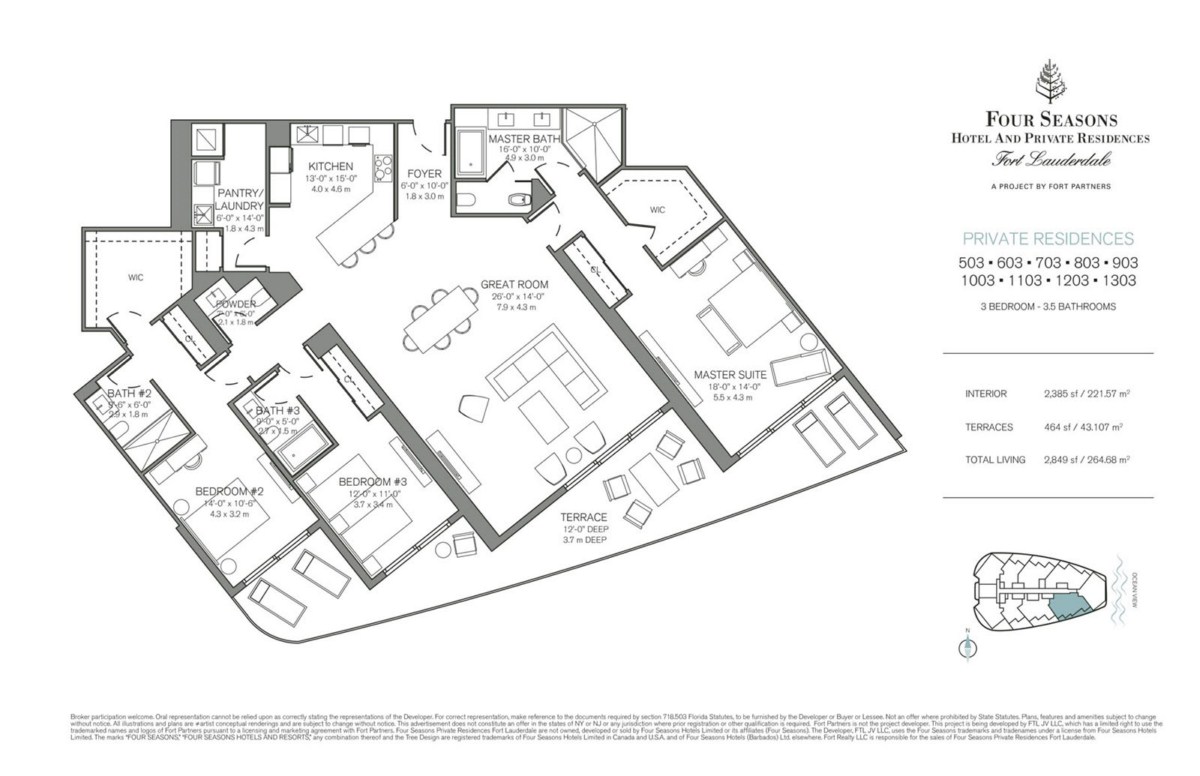 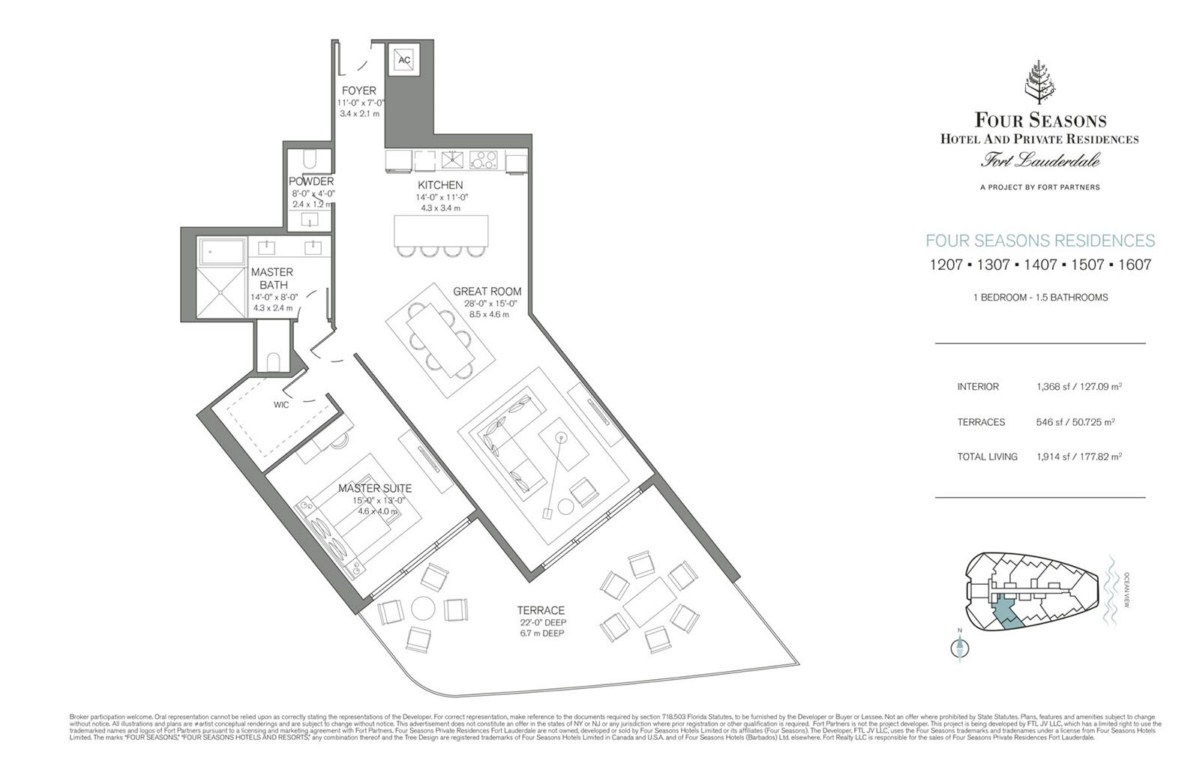 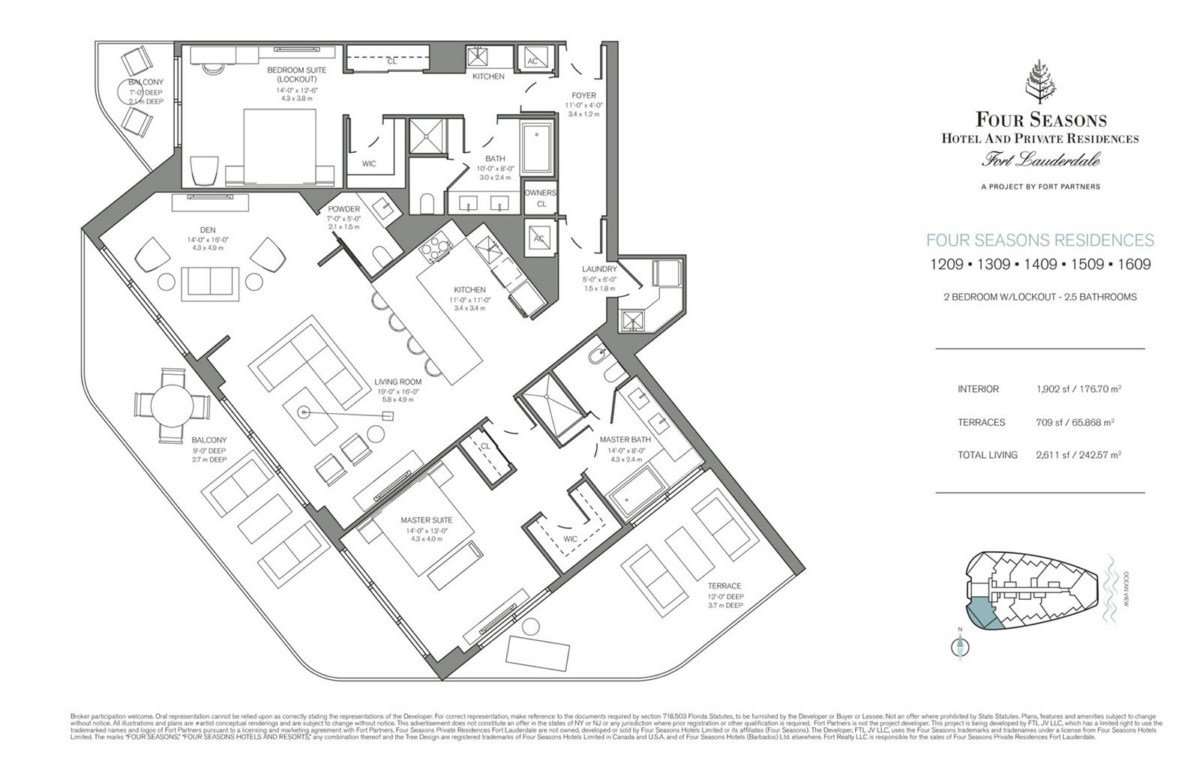 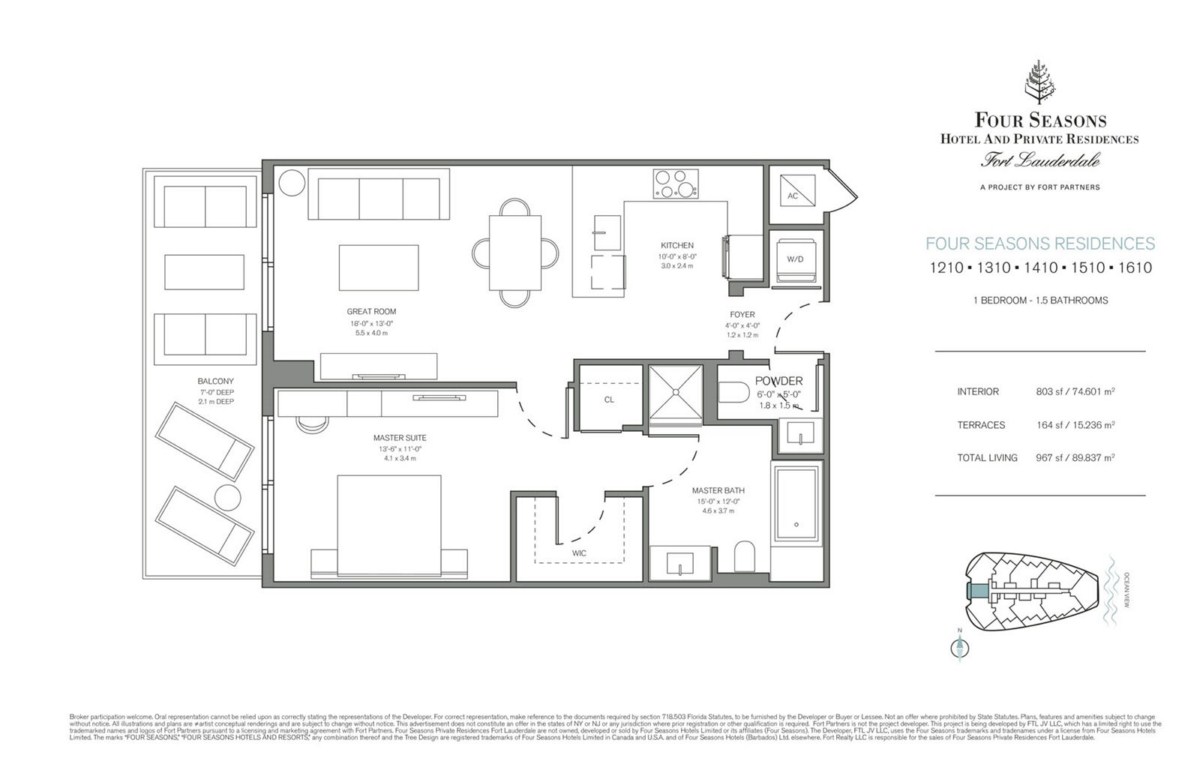 The Four Seasons project in Fort Lauderdale will feature approximately 150 hotel rooms, as well as 95 residential units. The final room configuration is subject to change, according to a spokeswoman for Fort Partners. The Four Seasons in Fort Lauderdale will feature separate hotel and residential lobbies, as well as separate hotel guest and resident swimming pools. The project's additional amenities will include a state-of-the-art fitness center, a beach club with poolside cabanas, a spa center, a children's recreation room, fully equipped meeting facilities, valet parking, a modern business center, as well as an amazing ballroom. The Four Seasons will also have several restaurants. Residential units at the Four Seasons Hotel & Residences will range in size from 800 to 6,000 square feet. Floor plans will range from one to three bedrooms.

The construction of the 23-story Four Seasons Hotel & Private Residences is expected to break ground in 2016 on a 1.8-acre site along Fort Lauderdale beach. The building is scheduled for completion in 2018, according to the project's developer, Fort Partners of Miami.